Alex is an Australian freelance cinematography based in Sydney. After graduating with a Bachelor of Fine Arts (Film, Television and New Media) from QUT, Alex began a stint as a camera and lighting assistant whilst working full-time as Lead Videographer at VALD, where he gained extensive experience in creating conceptual promotional videos for cutting-edge innovations in sports technology.

He is currently undertaking his MA in Cinematography at the Australian Film, Television and Radio School, and has experience shooting in a wide range of mediums, including short form narrative, documentary, music video and corporate/commercial, including projects shot on Kodak Vision 3 and Ektachrome 16mm film.

Until 2021, Alex was the ACS QLD Secretary, and facilitated events, video promotion and the awards ceremonies.

In his spare time, he likes to go on adventures with his partner and his Pentax 645 (named Gerald), as well as cook new food, and play table tennis. He also likes coffee.

alexshinglesdp
•
Follow
It’s hard not to call this place home. So nice to be back, if only for a moment. These frames are from late 2020 but I only got them developed this April and looking through the slides was like travelling back through time to when my eye was at the viewfinder. Pentax 645 | 45mm 2.8 | Kodak Ektachrome #film #filmphotography #mediumformat #kodak #ektachrome #slidefilm #pentax #645 #rewindphotolab #mudjimba #sunshinecoast #corememory #happyplace
View on Instagram |
1/9 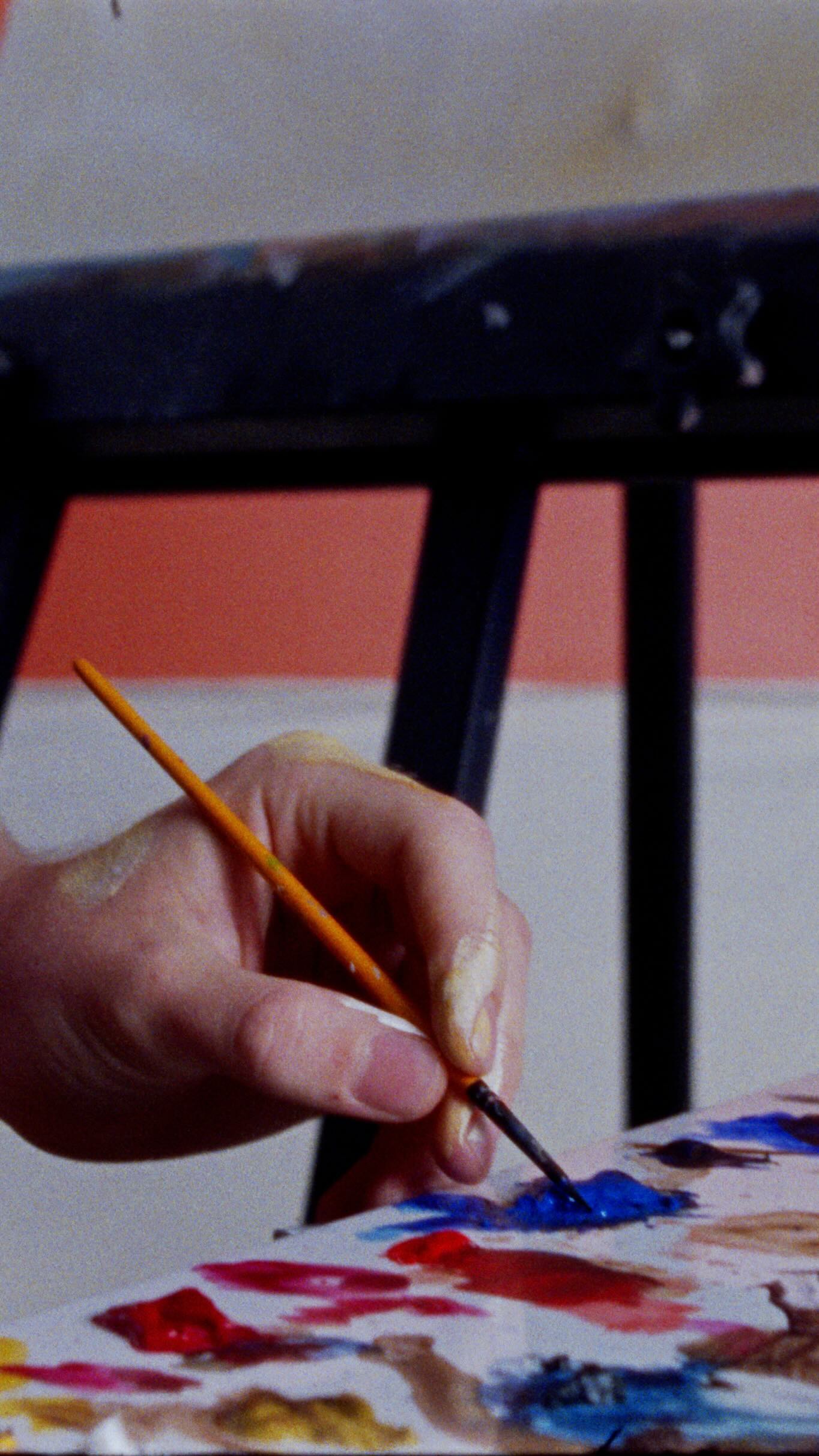 alexshinglesdp
•
Follow
ASAS - Growing I got a call from director Byron D’Arcy last July to shoot a promo short for his old high school, almost entirely from the perspective of a child’s hand as he begins to understand the world around him through touch. I suggested we shoot the project on 16mm, realistically thinking the budget would be larger obstacle, and before I knew it I was ordering the stock. We shot on 2 different stocks for 3 different time periods. We found the 200T with an 85 filter gave us the “Kodak Gold” feeling we were looking for in the early childhood moments where our hero is still learning the wonders of the world around him. For middle school, we found shooting 200T corrected in DI gave us a slight disillusionment that comes with adolescence, with deeper blues and more nuanced colour. Finally, in senior school, when our hero is fully formed and knows what they want from their life, we shot on 250D for its bold, acrylic-like tones and colour reproduction. We were also heavily influenced by the colour tonality of “Dead Poets Society”, hence the dramatic push toward magenta in post. Director/Producer/Writer/Editor: @thebdarc DP: hello 1st AC: @kevinkhangdp Gaffer: @nicholascurthoys BTS Stills: @frankportfolio Composer: @jazzdarcy Shot on @kodak @kodak_shootfilm Serviced by @cameraquip and Troy Galvin at @panavisionofficial Gold Coast Stock supplied by @cameraquip Developed by Werner Winklemann at Neglab Scanned in ARRIScan by Peter Richards at @fixafilmoz Lighting supplied by @lightingbyjono and @julianpanettadp #cinematography #directorofphotography #super16 #filmsnotdead #shotonfilm #kodak_shootfilm #arrisr3 #zeisssuperspeeds #kodak250D #kodak200T #arriscan #panavision #childhoodmemories #learning #hands #touch #growing #stayinschool
View on Instagram |
2/9 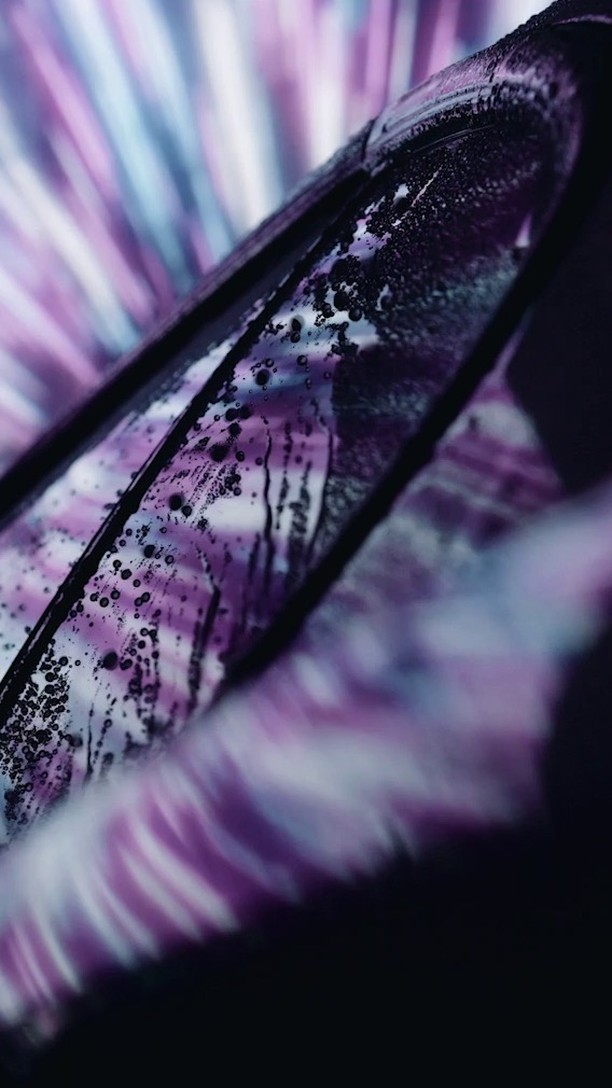 alexshinglesdp
•
Follow
I made a joke to @kevinkhangdp that I would start doing a reel at the turn of the financial year. It was meant to be a joke anyway… Thanks everyone who let me press record 🤙
View on Instagram |
3/9 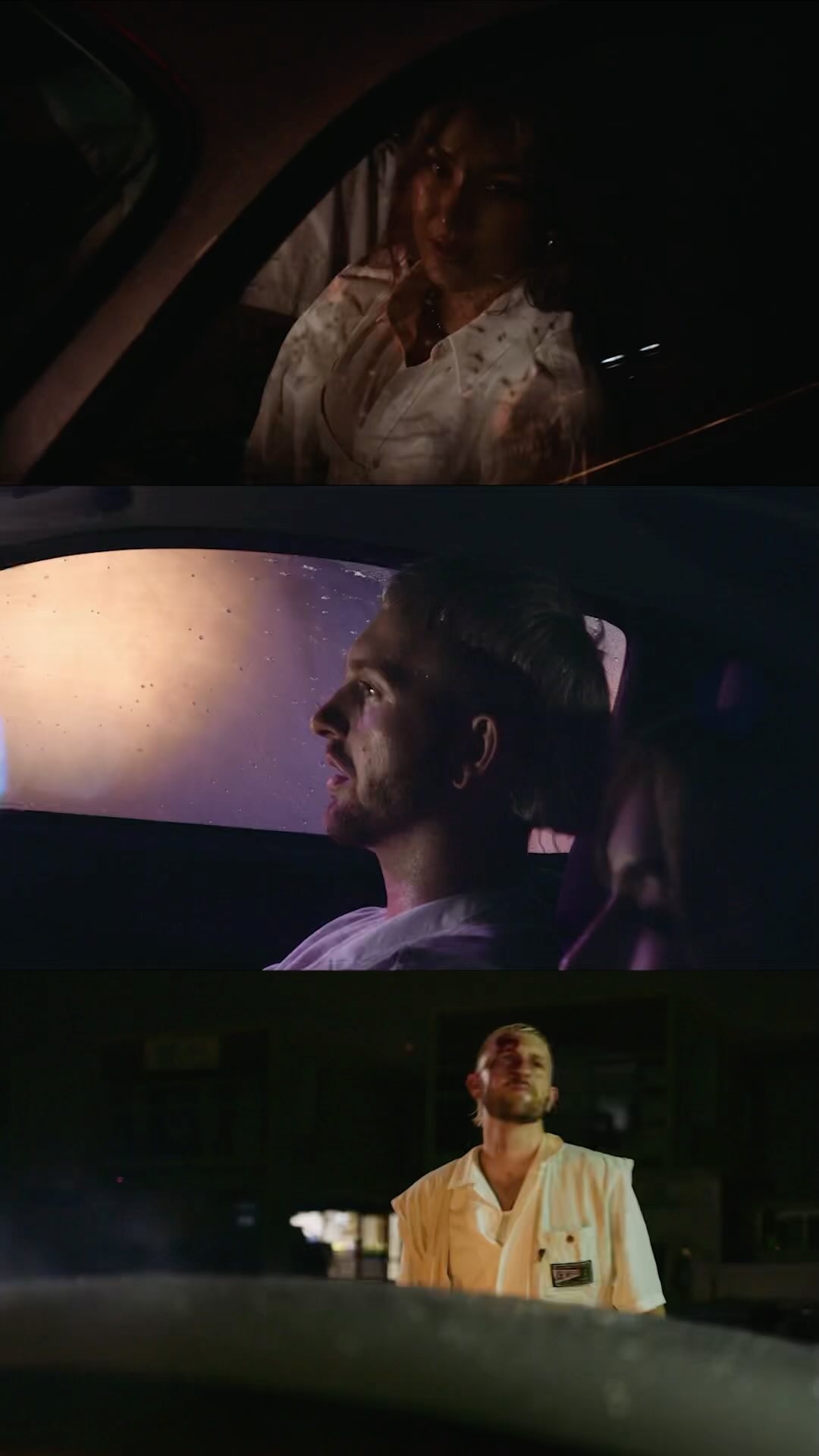 alexshinglesdp
•
Follow
Unreleased Music Video Poor man’s process, super 16 zooms, step processing… could it be a no budget music video? Sadly this one never got off the ground but I’m super proud (and surprised) by how well conceptual turned into reality. @luiscampbell_ threw me a massive curveball with this first shoot together but what it lacked in sleep in nights leading up to the shoot it made up for in sheer fun. Director/Producer/Editor: @luiscampbell_ First AD: @julianfdarcy DP: 👋 First AC: @stefcanard Gaffer: @elliehayw Best LX: @taylorbrent_ Camera and Grip supplied by: @julianpanettadp @jamie_on_toast_ Lens supplied by: @lemac_australia Lighting supplies by: @elliehayw @nicholascurthoys Car Mount supplied by: @micksgripping Venue: @ventspace___ #cinematography #cinematographer #musicvideo #ursaminipro12k #pocket6k #zeissvariosonnar #sigma1835 #stepprocess #carmeet #tokyodrift #hyperspace #warpspeed #poormansprocess
View on Instagram |
6/9 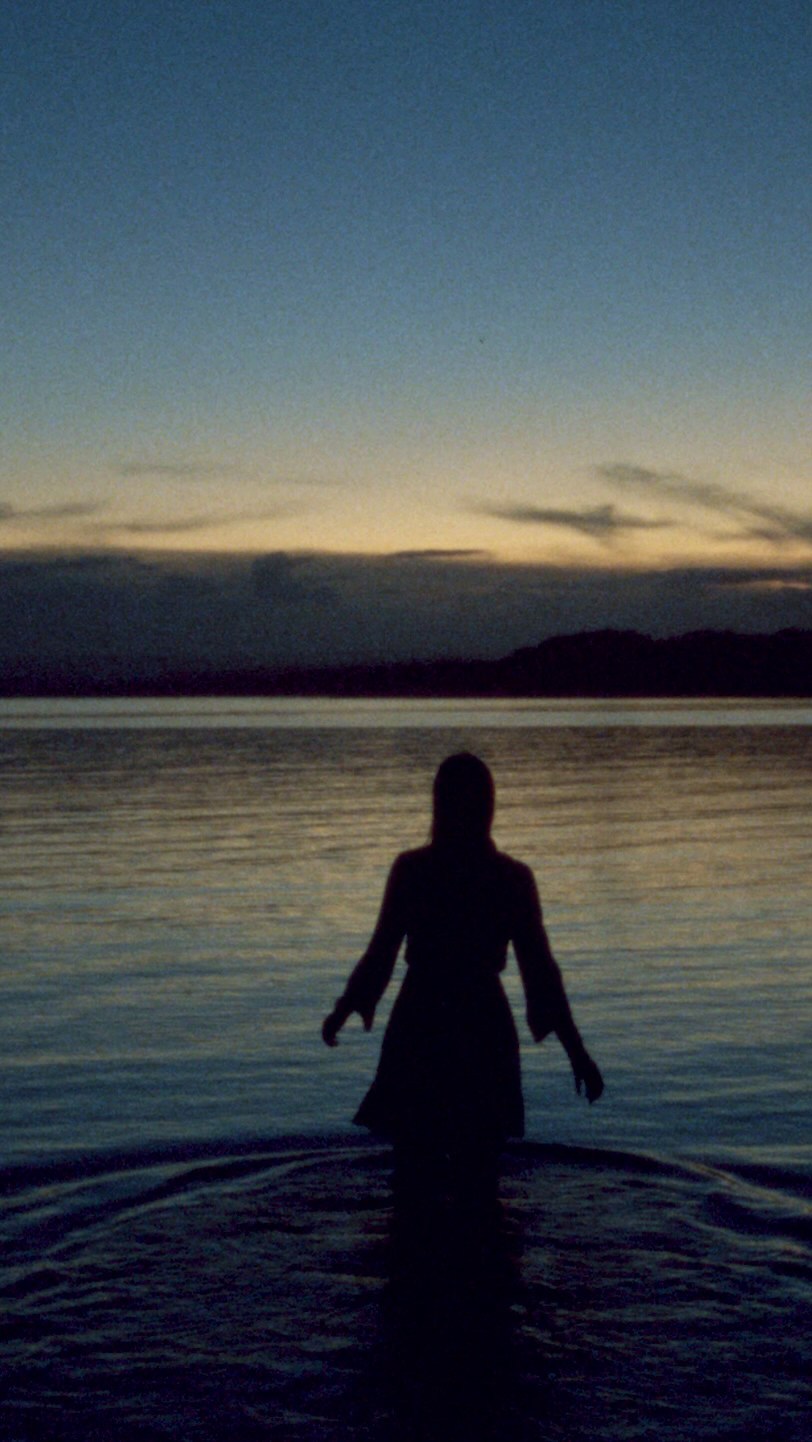 alexshinglesdp
•
Follow
A few months ago, I decided to take a leap of faith and act on a dream I've had for years – to shoot film. I've been shooting medium format for 3 years now and 1 and a half of that with Ektachrome as my preferred stock, so when I learnt that @cameraquip had one spool left of E100 in 16mm, I couldn't resist. With a crash course in loading from @brianflexmore, who serviced this project with an immense generosity of personal time, my partner and I raced up to our favourite beach and captured the light fading from the horizon. After 2 months of anxious waiting, the film had finished it's US roundtrip for development, and it was time to get the film scanned. I'd heard from colleagues that scanning was a strictly out-of-the-country affair, but thanks to the recommendation of Brett Smith's at @arriaustralia, I was lucky enough to get in contact with Peter Richards at @fixafilm who agreed to scan the reel on their newly upgraded ARRIScan XT. Peter serviced the project with speed and generosity, sending screen grabs and plenty of communication throughout the period. The quality of the scan from the XT is truly uncanny. Having shot my fair share of slide film, I know it's not a tough bargain to capture vibrant yet natural colours on E100. Capturing the film in its limited exposure latitude is. But even in highlights that had clipped, the XT was able to retain a pleasing roll-off from even ultra-bright regions in the clouds, and dig into the shadows and find detail imperceptible to the naked eye. Really powerful stuff. The colour profile (which Peter created from scratch for this film!) retained all the same colours in the scan as it did in the print, shade for shade, and both Peter and I were shocked by how tight the grain structure was on Ektachrome, with some shot reminiscent more of 35mm film than 16mm. In retrospect, if we had more time, we may have approached this shoot more scientifically, though we were lucky enough as it was to shoot out the entire 100’ in the 45 minutes we had left! What I can say with confidence is that although this was a simple test, the results have given me the confidence to take Ektachrome seriously as a viable shooting format.
View on Instagram |
7/9 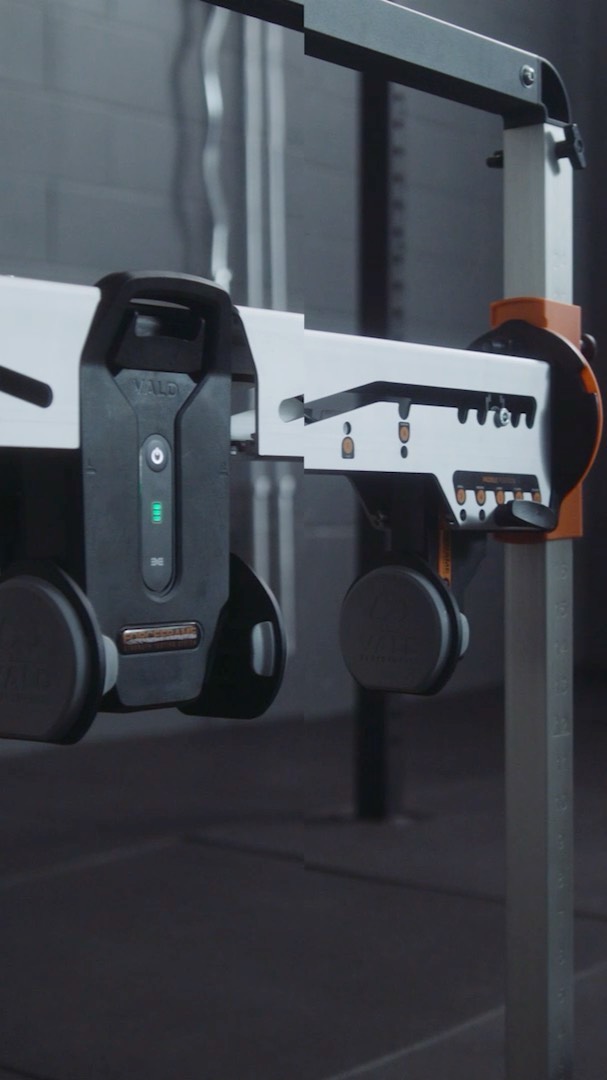 alexshinglesdp
•
Follow
My partner got me a wonderful Christmas gift in 2019. In 2018, I shot a film school thesis short and rented a set of old school acrylic 4 x 5.6” filters to add a little vintage flair to our images and dirty our Sigma lenses up. When Cameraquip Brisbane shut down the next year and began selling some assets, I was devastated I might never be able to shoot with them again. Thankfully, they were wrapped up with a bow under the tree. Last year, during some down time on a job troubleshooting gear, myself, my 1st AC @jamie_on_toast_ and our script supervisor/1st AD Navaz Illava decided to do a side-by-side test of all the different strength. Definitely interesting to see the difference between how the + signified a different kind of diffusion strength to a higher number! Courtesy of @kevinkhangdp we were also able to do a side-by-side with his Glimmer Glass 1/4, so we could see the inherent differences in characteristics when the strength is comparable. Please note this test is beyond unscientific. We didn’t have a lot of time, so what you see is what you get. If you like the look of these filters, give me a message and come have a try!
View on Instagram |
8/9